My two boys are almost five years apart, so they don't need to compete with each other because they're each at such different stages.  They're free to enjoy what they have in common like sports, sports, and more sports!  Plus it doesn't hurt that the younger looks up to the older and defers to him in most conflicts.  These beach pictures capture what I find to be so interesting about their relationship...let's provoke one another and see who gives up first. 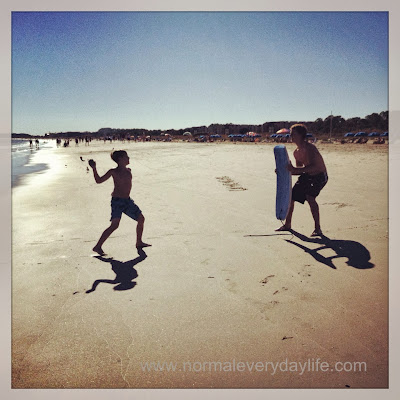 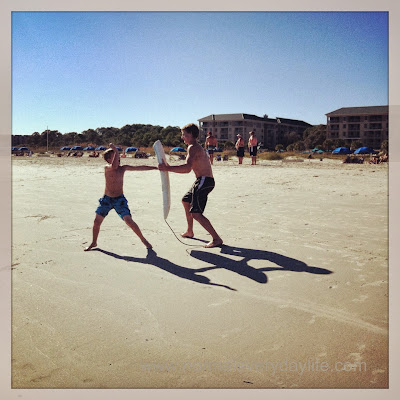 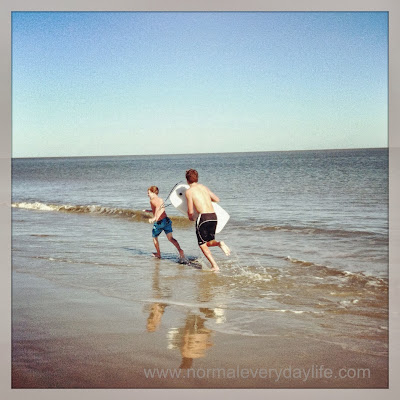 Either the older will push the younger into a screaming rage, or the younger will drive the older into some physical altercation that stops just short of inflicting major pain.  For the most part, it's all done in fun though and seems to be something they have to do when interacting.  I'm fascinated and entertained by this while my husband is annoyed and tries to break it up more often.  Maybe because he is a younger brother and can identify more readily?   My boys remind me of puppies competing for the title of top dog.  It's an amazing thing to watch, this jockeying back and forth, that ends up coming full circle into friendship.  I hope they'll always be close because I think what they have is a treasure. 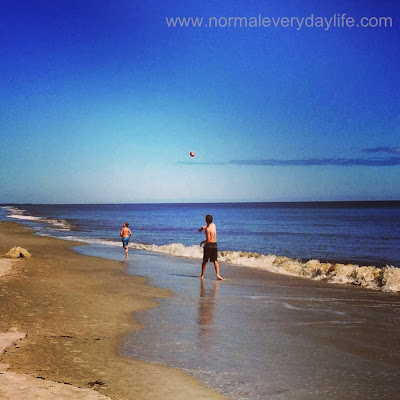 Posted by normaleverydaylife on Saturday, October 12, 2013