This week I've been focused on making more small changes in the house. Of course, small changes feel so good, that they usually snowball and then I up the ante. Stripping the wallpaper in my kitchen has been on my wishlist for about 10 years. I did try to strip it when we first moved in, but we had five small children and it was not a job that was progressing easily. Chunks of drywall were coming off with the paper and I wasn't prepared for drywall dust and all the work that it would take to get the walls ready to paint. So...I put up more wallpaper. It was easier than making the repairs and I thought that I might get to pass all that work on to the next owners! Well, it didn't work that way. Our streak of moving every two years was broken and now I'm the faced with the wallpaper removal.

This time I researched my options better and was determined to see the project through until the end. I decided to go with a removal product from Lowes because it promised less mess and I'd heard good things about the method. 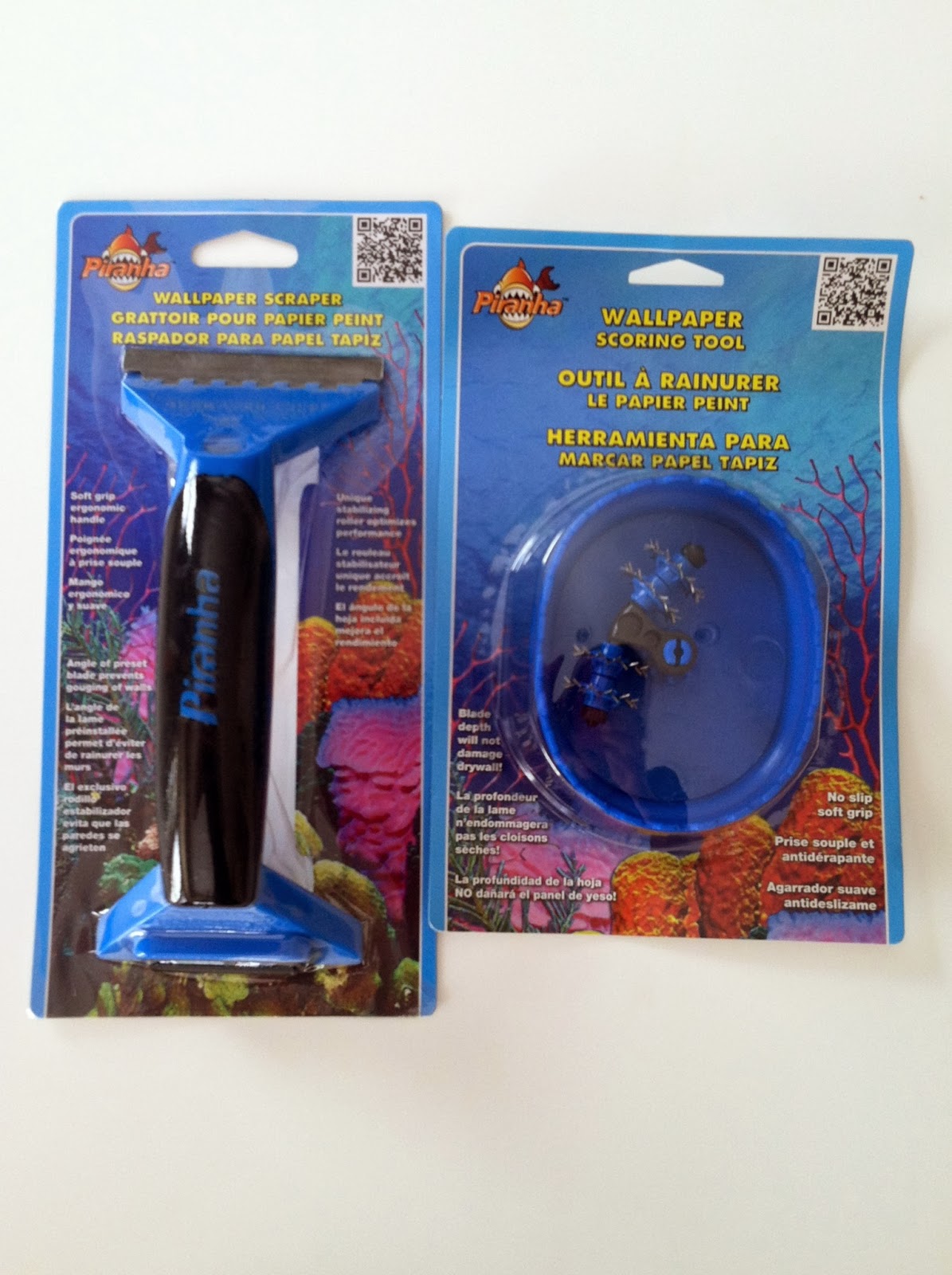 In addition to the tools above, I also bought the Piranha gel spray. For this process, you run the scoring tool all over the top layer of paper and then soak the paper with the gel product. After about 15 minutes, the adhesive under the paper should have loosened enough that you can start to scrape off that layer. Unfortunately, my paper came off in teeny, tiny pieces along with more drywall. I think the original wallpaper was put directly on the drywall when they built the house 25 years ago and it's never going to come off without a great deal of damage. 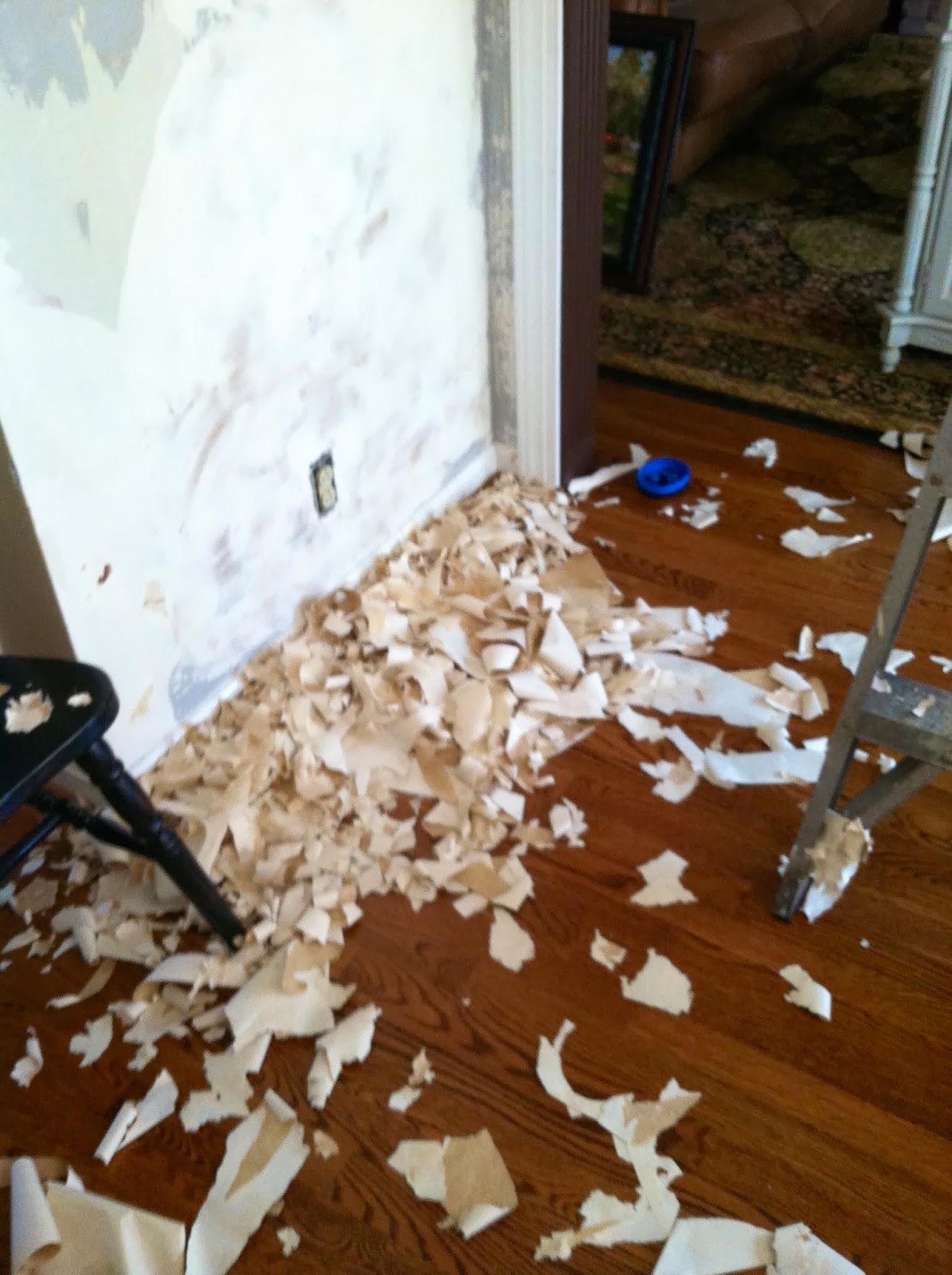 This brought back vivid memories of why I gave up ten years ago and I considered throwing in the towel again. In order to determine my next step, I called in a painter to get his expert opinion on the state of the walls. He looked at them for about ten seconds before he pronounced the magic words, "If I were you, I would stop stripping wallpaper." Yay!! He went on to tell me I was doing more harm than good and that in this situation he would recommending putting joint compond over all the seams and sanding them smooth. Then he would paint everything with an oil base primer. After that I can paint over it and no one will be able to tell the difference. He also said the walls I had already stripped could be repaired and painted too.

Now I've learned over the years that joint compound and sanding is not my friend. No matter how carefully I work and how long I spend trying to get smooth surface, there are still lumps and bumps. Because the painter's price for this kind of work was very good and he said the whole thing can be completed in one day, it was a done deal. He's coming next week, so I'll keep you posted on how it turns out. In the meantime, I'm having fun considering wall colors!
Posted by normaleverydaylife on Thursday, February 27, 2014