Deciding What to Keep and What to Let Go

I usually have no problem parting with things we don't need anymore. In fact, I throw away/donate/get rid of so many things that my kids don't believe me when I say I don't know where their treasures went. I'm the first person they suspect when something goes missing. But today I was cleaning the bathroom and came across these in the far recesses of a cabinet. 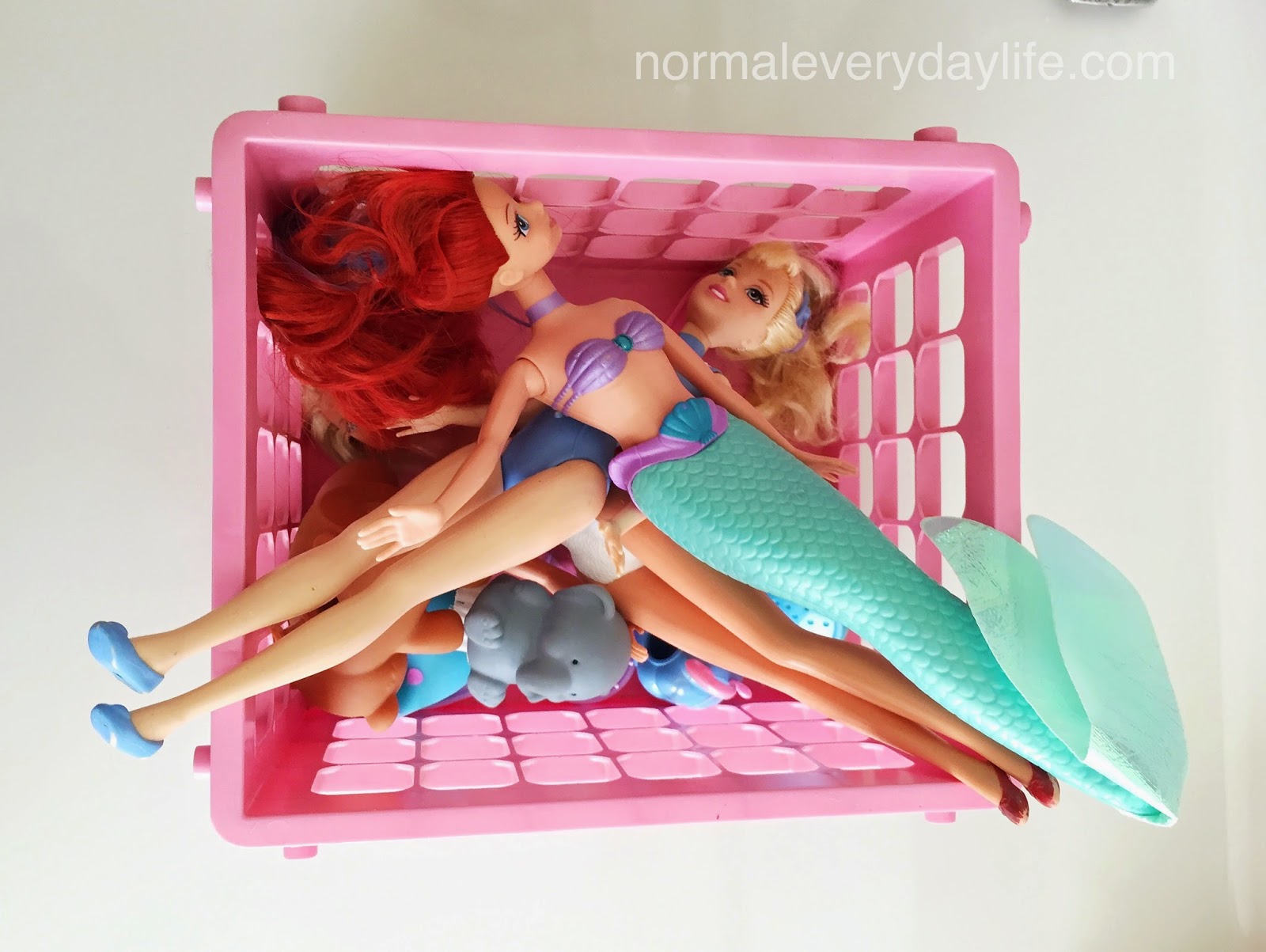 The end of an era. Our last bathtub toys. They probably haven't seen water in at least a couple years and I can't imagine my girls will be asking for them again, but I hesitated to just toss them. Long gone are the days of starting the tub, throwing a couple kids in it, and dumping the toys in the water to provide a little entertainment. The squeals of delight, the bubbles, and the slippery smooth bodies cuddled in a towel have all disappeared. Only the toys remain.

Then I thought about all this in the playroom... 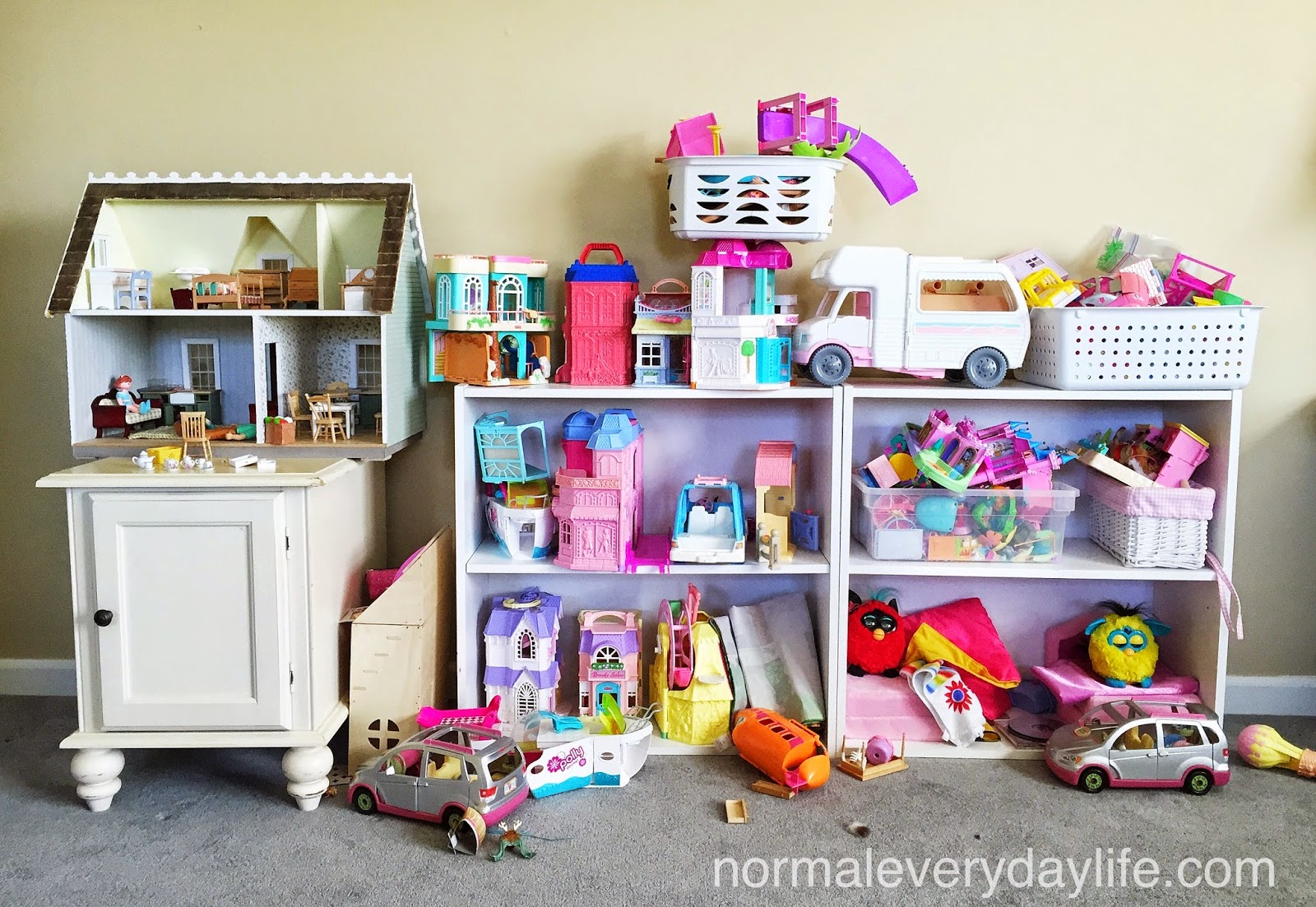 For some reason, the boys outgrew their toys more quickly and they all disappeared gradually. Getting rid of these will require effort. I don't want to let go of the dollhouses, Polly Pockets and Barbies. Many of these things belonged to my oldest and were passed down to the twins. They've been moved from house to house and entertained children over and over. We've gotten rid of a lot of toys over the years, but these have always stayed in the "keep" pile.

My youngest are in their last year of elementary school. There won't be many more scenes like this one greeting me in the hallway. 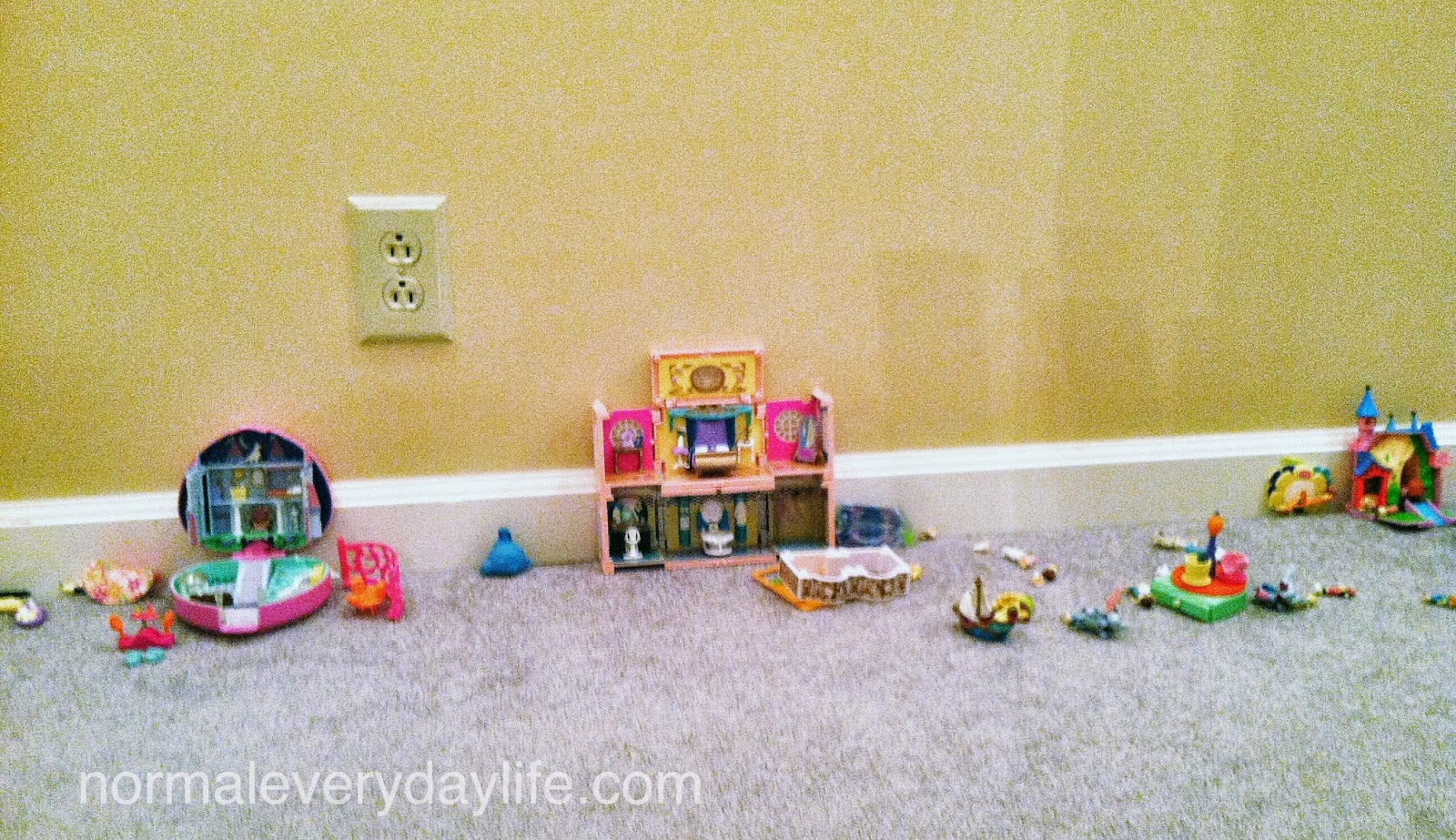 They don't need wheelchairs and strollers for their stuffed animals anymore. 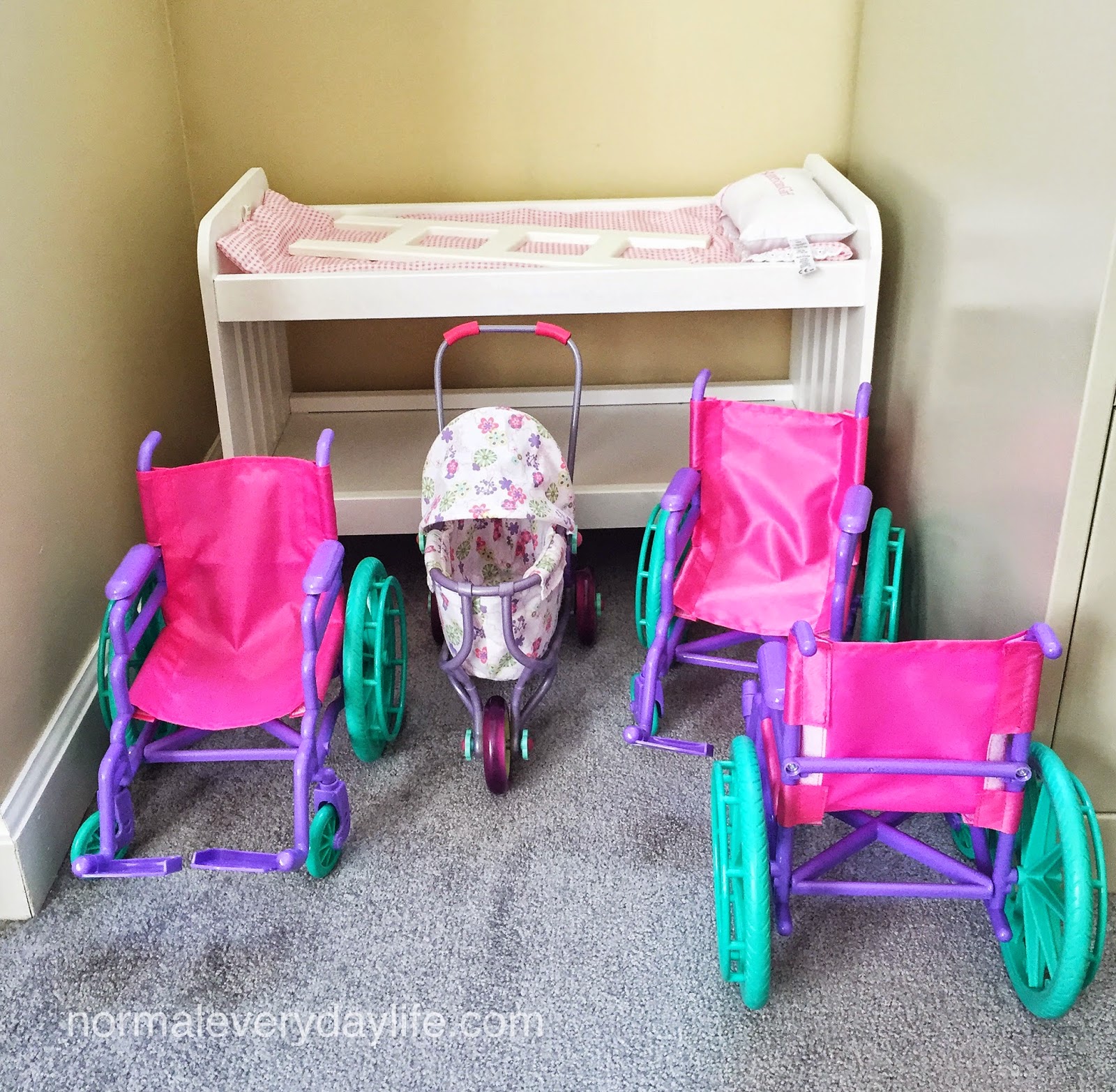 This will be the first Christmas I don't think I'll have any toys to buy. It's freeing and it's sad. I always had fun looking at their lists, choosing their special presents, and picturing their happiness at finding them under the tree.

I'm going to say goodbye to the bathtub toys, but hold off on cleaning out the playroom a little longer...until I'm sure they won't be entering that particular world of imagination anymore.

And someday, I hope I have the joy of picking out more toys and seeing the faces of my grandchildren light up like this when they open them!

Posted by normaleverydaylife on Thursday, October 09, 2014